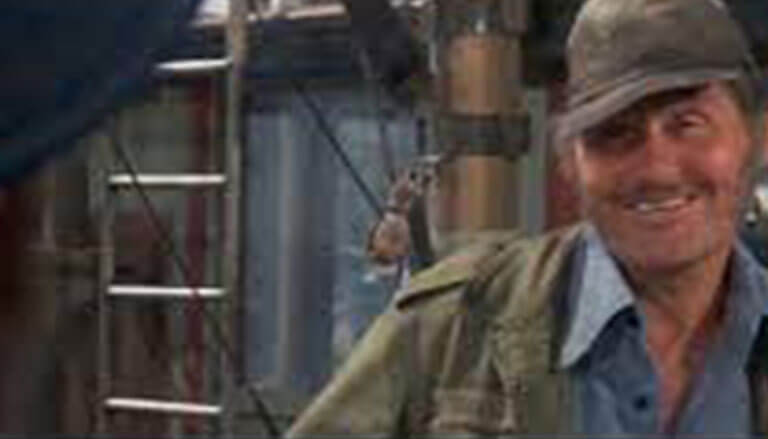 In one of my all-time favorite movies, Jaws, everyone’s favorite Narragansett beer drinking Captain Quint offers a warning to Hooper about his fancy equipment.

Quint: What are you, some kind of half-assed astronaut?

(While examining the shark cage.)

Jesus H Christ, when I was a boy, every little squirt wanted to be a harpooner or a sword fisherman. What d’ya have there…a portable shower or a monkey cage?

Quint: Anti-shark cage. You go inside the cage?

I cannot tell you how many times that scene and song has popped into my head over the past couple of decades. Whenever I hear of some new and exciting way investors are looking to get rich in a quick and easy fashion. I know what is going to happen next.

Investor is going to get eaten by a shark.

Risky Bets Are the Most Popular

In a recent Wall Street Journal piece, they interviewed several young investors who were all pouring money into highly leveraged exchange-traded-funds looking for that “once in a lifetime gain.”  Traders over the past several months have decided to go all in on exotic ETF’s that are designed to “turbocharge” bets on everything from stocks to commodities to esoteric financial derivatives.  These products are highly volatile and are not meant for parking cash. Holding them can destroy returns.  Not to mention the history of these types of ETFs that have bombed causing spectacular losses for investors. At the time of this article in March of 2022, two leveraged commodity ETFs went bust with both going to zero.

In the past these types of investments were only available to sophisticated investors to be used in advanced hedging strategies. Now they are available to everyone and anyone with a few bucks and a Robinhood account. This is akin to letting a 6-year-old play with a chainsaw.

According to a recent Vanguard survey, 88% of robo-advised clients would consider switching to a human advisor in the future.  I think the other 12% have not lost enough money yet or maybe they are trying to lose it Brewster’s Millions style. I would like to remind everyone who has a robo account or a discount firm account, that you my friend are the product.  They are selling your orders to the Citadels of the world to front run your trades and make a fortune. (FYI: Citadel did $7 billion in trading revenues in 2021. They did this without taking any market risk whatsoever.) Ben Hunt at Epsilon Theory does a great job in explaining how it all works…

The Wall Street Journal reported that brokerages serving individual investors received a windfall last year for selling their customers order flow to electronic trading firms. The twelve largest earned a combined $3.8 billion for selling their customers stock and options orders last year. This is up 33% from 2020. You my friend, are not a client, you are the product.

Why do you think they send you constant alerts on your phone about market activity and your positions?

They want you to trade as frequently as possible.  They are no different than the gambling apps that have become so popular.  I was interviewed in the late 90’s about the onset of all the discount trading firms at the time and what it meant to the advisory business.  According to the pundits at the time we fiduciaries were going the way of the dinosaurs; and Stuart from Ameritrade, the money coming out the wazoo from E-Trade and the tow -truck driver with his own island from Discovery were going to make us extinct. (No joke: E-Trade had a massive center set up in midtown Manhattan at the time.  It was Manhattan’s only legal casino.) I explained to the interviewer, that the big Wall Street firms loved all these discount firms. In fact, they financed them all. What it did was bring all these ill-prepared novice investors up to the “show.” It was in essence like having a little league team playing in the major league.  Investors, willingly entering themselves into the Wall Street version of the Hunger Games.  With all the bells, whistles, trading software, charts and graphs… “May the odds be ever in your favor!”

What do you think Wall Street traders were going to do this crowd?

Did you really think that their super-special trading software would make a difference?

Every study done during this entire period showed that overwhelming majority of investors lost and lost big.  In a column I wrote back in 1999, I cited Terrance Odean who at the time was at the University of California at Davis.  His research demonstrated that investors have a destructive fondness for losing stocks. Odean examined 10,000 portfolios at a discount brokerage firm and found that investors were one and a half more likely to sell winners than losers. Worse yet, the stocks sold on average performed better than the ones they held.

When new portfolios come in to Markowski Investments and we start rebuilding and reallocating assets we ask a simple question of each position.

Knowing what we know today, would we buy that stock today?

The Knight Templar in the conclusion of Indiana Jones and the Last Crusade gave a very poignant warning to those deciding which cup is the actual Holy Grail on a table full of some pretty fancy stemware. The choice was obviously consequential, just as the choice’s investors need to make during times of market stress. It has been our experience over the past few decades that investors too often make poor choices.  The past two years have been no exception. A State of Retirement Plan Study conducted by Fidelity showed an alarming number of people either halted their retirement savings or cashed out their nest eggs altogether as a result of the pandemic. 40% of the general population put their savings on hold. 21% who left their jobs during the great resignation cashed out their 401ks. Not to mention the volume of people that sold everything, thinking the world was going to end. (This happens during every crisis.)

All of the above represent poor choices. Halting savings is absurd unless of course you cannot afford to for reasons such as job loss. Dollar cost averaging and paying oneself every month is a way to insure you take advantage of market downturns.

The great investment analyst, author of the Intelligent Investor, and teacher to guys like Warren Buffet and the folks over at Markowski Investments, Benjamin Graham stated in a speech in 1963… “In my nearly 50 years of experience in Wall Street I’ve found that I know less and less about what the stock market is going to do, but I know more and more about what investors ought to do.”