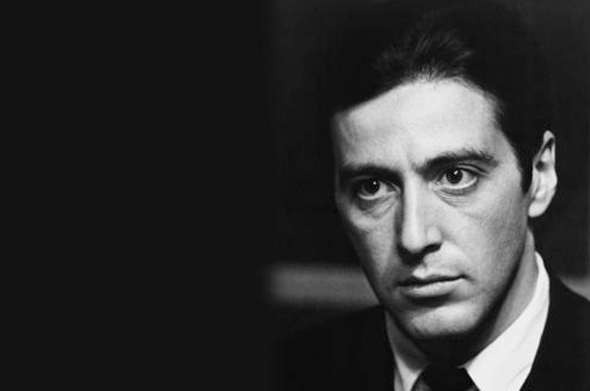 Michael Corleone in the third installment of the Godfather stated the now famous line, “Just when I thought I was out. They pulled me back in!” The Watchdog on Wall Street version might go something like this, “Just when I thought I have seen it all, they go ahead and do this.” I now present you with the latest installment of our Absurdity Collection.

Build a Moat
We are all aware of the ongoing problems at the Secret Service, their inability to lock doors, stay away from hookers, and tackle people. (My N.Y. Giants have that same problem.) Our regular listeners and readers are also aware of the comparisons I make between the actions of our government and of kings, dictators and despots. Take both of these issues together and I give you a moat.

Representative Steve Cohen (D) TN proposed the idea at a committee meeting that a moat should be erected around the White House. “With hand gestures, Cohen suggested a moat roughly six-feet wide may be attractive and effective.” This is the same Steve Cohen who called Tea Party members “domestic enemies.” I give you neo-feudalism.

Global Warming Caused ISIS
The brilliant minds at the Huffington Post are demanding that Americans step up our fight against global warming because it has led to groups like ISIS.

“Many in the West remain unaware that climate played a significant role in the rise of Syria’s extremists. A historic drought afflicted the country from 2006 through 2010, setting off a dire humanitarian crisis for millions of Syrians. In the ensuing chaos ISIS stole onto the scene.”

The solution to ISIS according to the wizards of smart at the Huffington Post is to realize the “big picture” and for the “west to do more to be environmentally sustainable.”

An Expensive Photo
The U.S. Forest Service wants photographers to pay $1,500 for a permit if they plan to shoot any images on federally owned wilderness areas. This includes photos from smartphones. But wait there is more…after you purchase the permit you still need to get your photo approved by some government bureaucrat that will sign off that your photo is educational in nature. Who will be appointed the Photo Czar?

$%&# You Boss!
The same National Labor Relations Board that sued the Boeing Corporation for daring to build a plat and create thousands of jobs in a non-union state is increasingly siding with employees who insult their employers. The Wall Street Journal reported that the law firm of Holland and Knight has issued a paper that there is a disturbing NLRB trend of condoning profanity and insubordination among U.S. workers. They are warning employers about a pattern of board decisions “that attack sensible long-standing management standards of conduct.”

For example: The NLRB recently sided with an employee of an auto dealership who cursed out the owner in a meeting to discuss compensation. The employee used some words that would most certainly get me a hefty FCC fine if I stated them on air. The employee told the boss that nobody liked him and that he would regret it if he fired him. The dealership did fire the insubordinate worker, and NLRB ruled that the business had violated the National Labor Relations Act. The NLRB said the employee was neither “belligerent” nor “menacing.”I wonder where the NLRB will come out on violence against the boss…a timeout perhaps.

The Producers 2
Fellow taxpayers, we have been cancelled. The Broadway musical that we as taxpayers financed was shut down in its infancy (after a few performances it was canned). Unfortunately, the reviews were not good.

You didn’t know that your tax dollars were financing a musical? That is too bad. However, I am sure that you would have rushed to finance this epic script…

The story revolved around a man who quits his job on Shark Week because the show did not emphasize climate change enough. He then disappears with a 15-year-old “Earth Ambassador” for the UN who convinces him to stage a kidnapping of young children during a global climate summit on the rational assumption that such an event would make the world act on global warming. The man abandons his wife, however in the musicals final scene he gives her a jar of his frozen sperm. Featured in this taxpayer-funded masterpiece were song and dance numbers about a carrier pigeon named Margaret, and lyrics about “sea-soaked teddy bears and the redistribution of wealth.”

Maybe they will turn it into a movie?

Washington Paupers
Never mind the six-figure plus salaries. Forget about the epic benefits. Do not mind the fact that they hardly ever work. Pay no attention to all the perks, fundraising, contract peddling and post career easy money. According to Virginia Democrat James Moran and many of his colleagues, members of Congress are underpaid.

Moran stated, “I think the American people should know that the members of Congress are underpaid. I understand that it’s widely felt that they underperform, but the fact is that this is the board of directors for the largest economic entity in the world.”

Jim Moran encapsulates the typical Washington politician and bureaucrat. His only real job was short-lived and he failed at it. He thinks that running a country that is $18 trillion in debt is somehow an act of heroism. Anybody, in any industry outside of Wall Street of course (they too have no shame) would be fired and never heard from again. In Japan, that monumental a failure would induce one to commit suicide. Yet, these pompous donkey derrieres think we should pay them more.

Still Illogical
I wrote a column back in 2010 making fun of the Chevy Volt and the fact that the car for all intents and purposes was completely illogical. So far this taxpayer subsidized over-priced piece of American liberalism has sold a grand total of 58,000. We are little short on Obama’s goal of having one million of these on the road by 2015.

Communism Works
Florida Democrat Representative Joe Garcia stated what most members of his party are afraid to admit. They love Communism! Garcia claimed in an interview that low crime rates in border cities with lots of federal immigration workers is proof that “Communism works. If you give everybody a good government job, there’s no crime.”

Kidz Noit Lernin Rite
An old saying goes, “If at first you don’t succeed, try, try again.”The left wing version goes, “If at first you don’t succeed, blame someone else and spend, spend some more.”The public schools in Washington D.C., spent $29,349 per pupil according to latest data from the National Center For Education Statistics. This same district in 2013 had 83 percent of its eight graders rated not proficient in reading and 81 percent rated not proficient in math. That 29 grand would certainly pay for some pretty good private schools in the D.C. area.

Another really sad example of failing schools is the district of Paterson, New Jersey where only 19 kids who took the SAT’s are considered college ready. Even more mind-boggling is this school district has 13 high schools.

Science Proves Markowski Right Again
I wrote the column American Psycho back in November of 2011 regarding a study conducted by the Swiss research University of St. Gallen that proved scientifically what I have been ranting and raving about for years. The University found that the behavior of stockbrokers tops that of psychopaths when it comes to manipulation and recklessness. The Max Plank Sciences Po Center has once again made me feel smarter than I actually am, and proven me right when I describe economists like Paul Krugman and Joseph Stiglitz as arrogant jerks.

“We investigate the dominant position of economics within the network of the social sciences in the United States. We begin by documenting the relative insularity of economics, using bibliometric data. Next we analyze the tight management of the field from the top down, which gives economics its characteristic hierarchical structure. Economists also distinguish themselves from other social scientists through their much better material situation (many teach in business schools, have external consulting activities), their more individualist worldviews, and in the confidence they have in their discipline’s ability to fix the world’s problems. Taken together, these traits constitute what we call the superiority of economists, where economists objective supremacy is intimately linked with their subjective sense of authority and entitlement.”

Not to mention the facts that they have never run a business, written a business plan, come up with a marketing strategy, or make a payroll. If they tried, they would just end up tasking their Grad students to do it anyway.

The EPA Stinks…LITERALLY!
The website Government Executive which is run by the National Journal reported that the officials at the Denver offices of the Environmental Protection Agency had to send out an email to employees scolding them for not using the bathroom. No…they were not holding it in and waiting until they got home. EPA Deputy Regional Administrator Howard Cantor explained in his email that there were “several incidents” of bathrooms being vandalized by employees. The email states that toilets were purposely clogged with paper towels and employees were “placing feces in the hallway.”Of course, the solution to this problem was to spend more taxpayer money and hire a national expert on workplace violence to combat the fecalphiliacs.