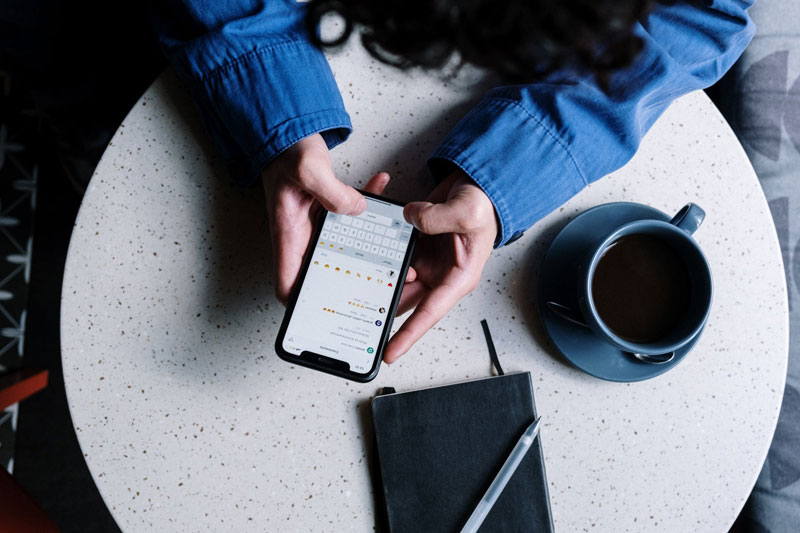 There is a scene in the film Jurassic Park that I often sub-reference on the radio show.  Dr. Ian Malcolm after seeing that scientists have brought dinosaurs back to life, rather than praise them for their genius he offers up this prophetic take…

“Don’t you see the danger inherent in what you’re doing here?  Genetic power is the most awesome force the planet’s ever seen, but you wield it like a kid that’s found his dad’s gun.  Your scientists were so preoccupied with whether or not they could that they didn’t stop to think if they should.”

In my opinion, social media is a designer drug.  It is designed to keep users engaged as long as possible so it can pump as many advertisements as possible in front of the user’s eyes and to collect as much data as possible on the user to effectively target the user.  The Addiction Center explains that due to the effect that it has on the brain, social media is addictive both physically and psychologically. According to a new study by Harvard University, self-disclosure on social networking sites lights up the same part of the brain that also ignites when taking an addictive substance. The reward area in the brain and its chemical messenger pathways affect decisions and sensations. When someone experiences something rewarding or uses an addictive substance, neurons in the principal dopamine-producing areas in the brain are activated, causing dopamine levels to rise. Therefore, the brain receives a “reward” and associates the drug or activity with positive reinforcement.

This is observable in social media usage; when an individual gets a notification, such as a like or mention, the brain receives a rush of dopamine and sends it along reward pathways, causing him or her to feel pleasure. Social media provides an endless amount of immediate rewards in the form of attention from others for relatively minimal effort. Therefore, the brain rewires itself through this positive reinforcement, making people desire likes, retweets, and emoticon reactions.

Social media use becomes problematic when someone views social networking sites as an important coping mechanism to relieve stress, loneliness, or depression. For these people, social media use provides continuous rewards that they’re not receiving in real life, and end up engaging in the activity more and more. This continuous use eventually leads to multiple interpersonal problems, such as ignoring real life relationships, work or school responsibilities, and physical health, which may then exacerbate an individual’s undesirable moods. This then causes people to engage in the social networking behavior even more as a way of relieving dysphoric mood states. Consequently, when social network users repeat this cyclical pattern of relieving undesirable moods with social media use, the level of psychological dependency on social media increases.

I have to admit that we have owned certain social media companies in our portfolios over the years and our clients have been rewarded handsomely.  The question I am now asking myself is whether these companies have gotten too good at what they do?  I do believe that despite all the dopamine hits, social media has done a terrible job at encouraging intelligent discourse.  I refuse to engage in any sort of debate on any of the platforms.  I feel that social media and the fact that it seemingly encourages contentious behavior has done tremendous harm to the fabric of our country.    I once equated 24-hour news networks to the pink slime that oozed through the New York City sewer in Ghostbusters 2 that made everyone ill-tempered and angry with each other.  Social media in my opinion is worse.  Like the Jurassic Park scientists, the creators failed to recognize the consequences of their invention.

Do I think social media should be censored?

Do I think social media should be outlawed?

As you may or may not know…I have libertarian leanings.  So, if people want to make idiotic videos of themselves and post them on TikTok, go right ahead, make fools out of yourselves.  It is not my problem.  While on vacation, I took notice of all of the teenage girls taking pictures of themselves, trying to frame the perfect picture (I think this was for Instagram.)  I told my boys to stay away from anyone doing that, narcissism has never been a worthwhile trait.  Censorship is something to avoid at all costs.  There is the temptation to “make things right” and “get the truth out.”  However, allowing these social media companies the increasingly cozier relationship with Washington could lead to a future ripped out of a George Orwell novel.

Besides, as the vilest writer has his readers, so the greatest liar has his believers; and it often happens, that if a lie be believed only for an hour, it has done its work, and there is no farther occasion for it. Falsehood flies, and the truth comes limping after it; so that when Men come to be undeceived, it is too late; the jest is over, and the tale has had its effect.

That was 1710.  What would Swift have to say about the ease to disseminate lies?

Even so, censorship is never the answer.  Censorship means the powerful will be able to craft whatever narrative they wish.  In fact, one could argue that they are doing that already.  The reality is there no closing the Pandora’s Box that we have opened.  (Never got rid of those dinosaurs from Jurassic Park either.)  As consumers of media/news/information we must educate ourselves in the art of sniffing out the bullshit.  Look for narratives, they are easy to spot once you train yourself.

Here are a few tips how…

Whenever you are reading or watching a “news” story imagine that it is being delivered by the used car salesman character played by the late Bill Pullman in the movie True Lies with Arnold Schwarzenegger.  If you have not seen it, look it up!

When consuming media today, at the slightest scent of malodourous drivel, do some homework and verify the information.

Any story that has multiple anonymous sources is probably BS.

Any story that has two or three sad anecdotes to back up the weak premise is probably BS.

You will also start to recognize that stories based upon the what is happening in the news on any given day will start to resemble a sort of Microsoft Office template.  Didn’t I read the same thing two weeks ago?

Last but not least, you might want listen in to our podcast and radio show.  I received a message from a listener recently thanking me for shoveling BS out of the way every day.  So, when you think of someone clearing away BS everyday think of…the Watchdog.

I guess I could be called worse.