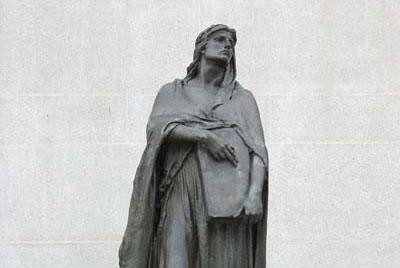 I am starting to realize that the years are starting to add up.  One of the first signs was when I started using the vernacular decades ago to date certain points in my career rather than years ago.  My eyesight is starting to wane.  However, the most annoying age-related issue that I am whining about happens to be my hearing.  I went last year to have it tested and was told that I needed hearing aids, which of course I refused to get.  The trouble I have is hearing voices.  Background noise comes in loud and clear.  It overpowers everything else and makes it difficult for me to hear dialogue.  I so often get reprimanded for having the television on too loud.  To compensate, I am resorting to closed captions.

What I have come to realize is that I am not alone.  Most of the country is facing the same issues, yet a different variety.  Facts, truth and honesty are being drowned out with fake news, narratives, talking points, and idiots on Brady Bunch like boxes screaming nonsense at one another on cable news.  It is drowning out any Socratic debate and any desire for the truth.

*I used to do quite a bit of television.  People often ask why I don’t go anymore.  The answer is that it is an exercise in futility.  Imagine me sitting in a Green Room waiting to go on watching these so-called experts work out and practice their debate before air-time like a bunch of professional wrestlers.

A recent poll by the Pew Research Center found that Americans are more worried about Fake News than terrorism.  That gave me hope.  People are starting to get it.  People are recognizing that they are being perpetually lied to.  For decades, (getting old) we have reminded our clients, listeners and readers that conventional wisdom is poison.  I can pick read a column from any paper whether it be The Wall Street Journal or The New York Times and see exactly what narrative they are pushing.  In essence, what line of bull-crap are they selling now.

I have always been a pretty opinionated guy.  When I took an eleventh grade Journalism elective.  The teacher taught us how we needed to remove our opinions from our work and report nothing but the facts.  On my radio show, I strive to report both sides of an argument and tell you what I think and why.  I frustrate many listeners because I am an equal opportunity basher that will go after anyone, regardless of political affiliation.

A quote wrongly attributed to Mark Twain goes…A lie travels around the globe while the truth is putting on its shoes.  It actually was Jonathan Swift who was responsible for those words of wisdom who stated in 1710…Besides, as the vilest writer has his readers, so the greatest liar has his believers; and it often happens, that if a lie be believed only for an hour, it has done its work, and there is no farther occasion for it.  Falsehood flies, and the truth comes limping after it; so that when men come to be undeceived it is too late; the jest is over, and the tale has had its effect.

We have all witnessed the national discourse erode at an ever-accelerating pace since the late 1990’s.  Decades ago when I was a student in Italy, I found myself perturbed over the renaming of an American movie titled Short Cuts directed by Robert Altman.  The film themes dealt with death and infidelity and was pretty dark.  It was released in Italy under the title of America Oggi (America Today).  That annoyed me because the movie most certainly was not the America that I was familiar with and grew up in.  In many respects America Oggi 2019 is a bit darker than the 1990’s version.  We have what one could describe as a symbiosis between the forces of Washington, big business and the media.  That unholy trinity is known as the Watchdog on Wall Street Axis of Evil.  They use this to push their narratives on the public in order to control the population and keep the conspiracy to keep people poor and stupid going strong.

We believe two things have abetted the erosion of substantive journalism and discourse.  First, the 24-hour cable news networks have reached a point of a parody, except it is not funny.  Their business is division and business is booming.  Not to mention they work hand in hand with Washington and big business.    The second is Social Media, which can move lies around the globe at a speed that Jonathan Swift could never imagine.  The sheer volume of negativity that flows through those platforms is beyond comprehension.

*Mental health tip…Put yourself on a cable news/social media diet.  Trust me it will do wonders.

Don’t worry, all is not lost.  We keep hoping we are getting to that “jump the shark moment” when the nonsense will dissipate.  The Pew Poll looks good.  Cable news ratings are tanking.  Social Media is an entirely different animal.  We have proposed minor changes that might clean that medium up, one in particular would be the elimination of anonymity.   We are going to keep doing what we do at The Watchdog on Wall Street Radio Show and Markowski Investments, doing our best to hold truth to power.  It is not easy to take a stand and put oneself out there to quiet all of the static and lies that surround us.  It is a battle that we all need to fight.